The 2014 PGA National Championship will be held on The Grand Strand June 22-25, 2014.  The Dunes Golf and Beach Club will host the first two rounds and The Grande Dunes Resort Course will host the final two rounds after the field is cut to the lowest 70 scores and ties.

The Dunes Club Head Professional, Dennis Nicholl, believes Myrtle Beach will have its advantages as a location for the 312-player national championship for the PGA of America.  “With The Dunes Club and Grande Dunes, I don’t think [the courses] will be an issue at all,” Nicholl said.  “I think Myrtle Beach in general is better for the players to take their families and kids on vacation.  We’re set up to handle the family atmosphere.”

The club and PGA of America will be seeking approximately 400 volunteers to fill an estimated 1,200 volunteer shifts the week of the tournament, and will establish plans for parking and shuttles for volunteers, spectators and workers.

“One concern is volunteers because that is a huge task,” Nicholl said.  “We’re going to be reaching out to our community in the next few months through all the different avenues we can so we can get all those volunteers lined up.  We have experienced volunteers in this town so hopefully they will step up for us next year.”

The Dunes Club hosted the Senior Tour Championship-now Champions Tour Championship- from 1994-1999, and the area annually hosts the Golf.com World Amateur Handicap Championship that requires volunteers, as well as the Hootie and the Blowfish Monday After the Masters Celebrity Pro-Am at Barefoot Resort.

“It’s going to take a community effort to really make this thing work,” Nicholl said.  Billy Monckton will be charged with making arrangements for the 312 players and their families.  “We want them to really enjoy Myrtle beach and talk highly of us when they return to their clubs throughout the country,” Nicholl said.

This year’s  PNC  had a purse of $550’000 and received daily coverage on Golf Channel.  The tournament is played Sunday through Wednesday so it doesn’t  compete much for attention and exposure with The PGA Tour, LPGA Tour and Champions Tour Events. 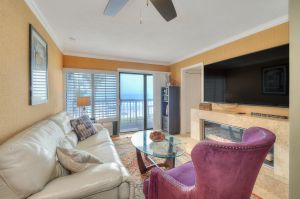