It’s that time of year again: Father’s Day and the U.S. Open. This year, we’ve got a couple of firsts: The first time a U.S. Open is being hosted by a golf course in Wisconsin, and a first time golf course: Erin Hills. Combine the inconsistent play recently from some of the game’s biggest players, a course unknown to many of the golfers, and this might be the toughest major championships that we’ve seen in a long time. Ther is one thing we do know: Erin Hills is going to play more than 7,500 yards most of the days, will have plenty of sidehill lies and early reviews are saying the greens might be the smoothest the players have seen in a modern U.S. Open. Let’s look at some of the players we would expect to have a good showing this week.

He’s having a great rookie season. Won at The Farmer’s, lost to Dustin Johnson in the finals of the WGC-Dell Match Play, and had a good showing for his first Masters. This golf course could suit him well – a big course requires big power and this he has. His putting is the big question mark that could hold him back. How he handles the greens at Erin Hills will tell his story of the U.S. Open in 2017.

Adam has tied for 6th at the Players and 9th at the Masters, proving that he’s on his game this year. He contended at Chambers Bay which is similar in scale and modern yardage. If the winds pick up and the course becomes firm – this might be his time. Only thing he needs to look out for is the recovery play around the greens, where he looks to make improvement. Keep an eye on Adam, this could be another great major championship for him to win.

Earlier in the season he was the epitome of consistency with a win and for top 10 finishes on the West Coast swing. He missed a couple cuts, but came back strong to tie for 2nd at Colonial. Once he gets his round going, Jordan can heat up quickly. He needs to watch his putting inconsistency, especially on the greens at Erin Hills. He once shot a 69 at Erin Hills in a U.S. Amateur tournament.

Justin nearly won the Master back in April – perhaps he was just waiting for the second major of 2017? He had many strong tournaments this year with 3 top 5 finishes including another second place finish at Sony. He’s a veteran player with a major championship (and gold medal) in his pocket. His game should set up well to Erin Hills, which is part links. His putting has always been just so-so, but he is one of the world’s best ball strikers.

Been on a hot streak lately, and he won the 2016 U.S. Open. His game adapts well to any course and if he can get his short game around the greens working, he could very well repeat as U.S. Open Champion. 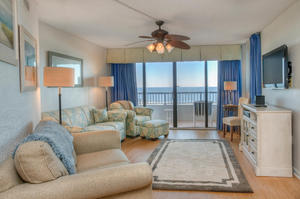