This year their sons, Mike Hardee and Rick Elliott carried on this commitment to tradition when they hosted the event.  “It was a tradition for my dad,” said Elliott, who owns Eagle Nest along with Elliott Beach Rentals and Elliott Real Estate.  “He always supported public safety – police, fire and highway patrol – and this was his way of thanking them.”

The event featured 18 holes of golf, barbecue, on course drinks and many prizes that were donated by several sponsors.

The tournament actually got its start when Mike Hardee played a round of golf with Don Blanton of the South Carolina Highway Patrol, and Mike’s dad, Troy, offered to cook fish for a post-round meal.  This tradition carried on for many years when Troy Hardee would catch bass throughout the year and freeze them to fry for the annual tournament.  It would continue until the event outgrew his annual fish production.

We would also like to thank Rick Elliott, Mike Hardee, Eagle Nest Golf Club, the many volunteers and sponsors and most importantly, all of the Law Enforcement and Public Safety in South Carolina. 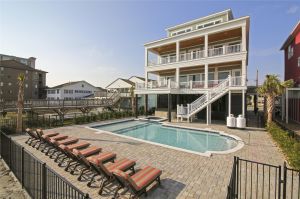