The 2017 2LiveBeyond Celebrity Golf Tournament will take place on June 3rd at the Grande Dunes Members Club. Actor Alfonso Ribeiro is the celebrity host, and athletes including former NBA player Tyler Hansbrough and former NFL players Mark Rypien, Bernard Pollard and Tyler Thigpen are among the expected participants for the tournament.

While the tournament takes place on June 3rd, there will be six affiliated events over four days from June 1-4. If you are interested in playing in the tournament, spots are still available starting at $5,000 per foursome, as well as a corporate foursome. Tickets are available for the other events June 1-3, and several former NFL players will be instructors at a football fundamentals camp on June 4 for the kids.

The events will benefit four local charities as well as Africa New Life Ministries, which assists underprivileged children in Africa. The charities are:

▪  SOS Healthcare for a 2LiveBeyond transitional living and training facility.

▪  Tara Hall school and home for boys for a new van and the funding of the family services program for 12 months.

▪  Teach My People for a summer enrichment program for 20 campers.

Over the past three years, the tournament and affiliated events have raised more than $350,000. They hope to raise even more money this year, as they have many new sponsors for the 2017 tournament.

Alfonso Ribeiro will be the celebrity host for both the tournament and ParTee with the Pros at the House of Blues on June 2.

Singers and entertainers taking part in a concert at the ParTee include Jason Scheff, the longtime lead bassist and vocalist for the band Chicago; Loren Gold, the current keyboardist and back-up vocalist for The Who; veteran drummer Sergio Gonzalez, who previously performed with Jennifer Lopez; Adley Stump, a rising country music artist who is opening on tour for Blake Shelton; Rudy and Steve of the Gatlin Brothers, and Ribeiro.

Tickets to the ParTee with the Pros are $100. The event begins at 6 p.m. and has no set end time, and includes food, open bar, and silent and live auctions.

Visit www.2LiveBeyond.com or call the 2LiveBeyond office at 843-808-9569 for more information on tickets and pricing. ParTee with the Pros tickets are available through Ticket Master and other ticket selling sites.

Celebrity participants will also take part in a Leadership Conference and Luncheon at 11:30 a.m. June 2 at Rioz Brazilian Steakhouse that will feature a few guest speakers, followed by the Baseball and Beyond event where celebrities will be pairing with Grand Strand Miracle League participants at 2 p.m. at James C. Benton Miracle League Field near Pepper Geddings in Myrtle Beach. Spectators are welcome but no autographs or photos with celebrities will be permitted.

On June 4th there will be a football camp for children ages 6-16 at Ashley Booth Field near Doug Shaw Memorial Stadium. Boyd, Thigpen, Davis, Pollard and additional players and coaches are expected to be among those giving instruction. The cost will be $100 for participants and will be free for those that wish to watch. 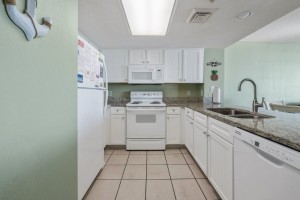