Two favorite Myrtle Beach golf course have made the biennial list of America’s 100 Greatest Public Golf Courses according to the June edition of Golf Digest Magazine.

Number 54 is the Robert Trent Jones Sr. Design that dates back to 1948 - The Dunes Golf and Beach Club in Myrtle Beach. Coming in at Number 86 is Caledonia Golf & Fish Club in Pawleys Island, the first solo design of the late Mike Strantz.

Staying consistent is The Dunes Club which has been in the Golf Digest ranking since 2003 – ranking at number 15, and Caledonia has been in and out since 2003 at one time ranking as high as number 66 a few years ago.

Caledonia and sister course True Blue Golf Club, which has also made national rankings including being No. 63 on Golfweek Magazine’s current list of America’s Top 100 Resort Courses, have joined The Architect’s Nine, an exclusive membership group that should add to their prestige and exposure.

What is The Architect’s Nine? It is a membership program providing golfers access to a collection of some of the nation’s best golf course layouts, including not only Caledonia and True Blue, but Tobacco Road and Southern Pines Golf Club in North Carolina, Sweetens Cove in Tennessee, Wine Valley Golf Club in Washington, Wild Horse Golf Club in Nebraska, Rustic Canyon Golf Club in California, and Rackham Golf Course in Michigan.

Six of the nine courses have earned national top 100 honors and there are three Strantz designs, two Donald Ross designs and a Gil Hanse/Geoff Shackelford course participating in the program.

Interested in joining this membership group? More information can be found at www.TheArchitectsNine.com. 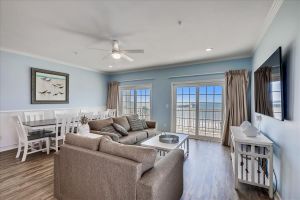