On March 5th, the leadership at Eagle Nest Golf Club in Little River, SC took over operations at Azalea Sands Golf Course. Azalea Sands' new management is working to ensure high-quality playing conditions, including the addition of sand to bunkers sometime this summer. Plans are also in place for renovating the golf course’s club house sometime this summer as well.

Azalea Sands opened in 1972. The course’s fairway is a straightforward 6,902-yard design by legendary architect, Gene Hamm. Azalea Sands is widely considered one of the most popular courses in the Myrtle Beach area, due in part to its low green fees and reputation for offering a great experience for golfers of all ages and skill levels.

“You look at a facility like Azalea Sands that has been a staple on the north end for this long, we just want to bring it back to its days of glory,” said Jim Kane, director of operations over Azalea Sands and Eagle Nest.

When renovations are complete, Azalea Sands’ clubhouse will include a restaurant and sports bar that will have hours that extend well beyond the golf club hours to serve area residents.

Eagle Nest Golf Club is owned by Rick Elliott, owner of Elliott Beach Realty. His father, the late senator Dick Elliott, built Eagle Nest in 1971. When asked about the future of Azalea Sands, Mr. Elliott said, “Azalea Sands is in an amazing beach location and it has the reputation of being very player friendly. Once renovations are complete, the course is going to be in the best shape possible to ensure all golfer can have an amazing experience at a reasonable price.”

Azalea Sands will remain open throughout the duration of the renovations. The new management has said that the work being done on the course will in no way impede golfer’s ability to enjoy the course.

To book a tee time or to include Azalea Sands in your next Myrtle Beach golf trip, visit the Myrtle Beach Golf Authority’s website. 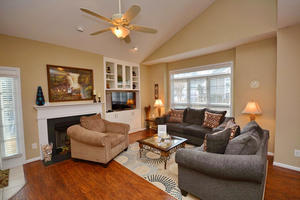