It doesn't matter if I’m walking nine holes alone on a summer evening, or taking a golf trip with some friends. I’m one of those guys that play by the same set of rules regardless of the setting. Playing it where it lies is the way to go and if a drop away from a root is needed, take the stroke. I should not have hit it that near the trees in the first place.

I don’t believe in Mulligans either. If I get to the range early enough to work out some kinks, I should not need a second shot. It’s especially offensive to me when it’s happening on the No. 1 Tee Box. Anyway what’s the origin of the term “Mulligan” and how did it find its way into the golf vernacular?

Citing About.com Mulligan is a fairly new word that came into use on golf courses during the 1940s. According to the USGA Museum nobody really knows the birth of the term that describes a “do-over,” but there are a few stories.

During the 1920s David Mulligan of St. Lambert Country Club in Montreal, Quebec was playing and hit a tee shot that was not particularly good. He called for a “correction shot,” re-teed and hit again. His playing partners believed a better name for his action was required and labeled it a “mulligan.” As a side note, the USGA web site provides two alternate David Mulligan stories. Another story tells of John “Buddy” Mulligan’s history of replaying poor shots at New Jersey’s Essex Fells Country Clubs.

However, my favorite explanation comes from the “Dictionary of Word and Phrase Origins.” It seems that back in the day saloons would place a free bottle of booze on the bar for patrons to sample. This free bottle was termed a Mulligan to denote a freebie. If you know of any saloons still practicing that custom, please drop me a note and I’ll meet you there!

It’s interesting that the USGA Museum does not share the latter story. It seems they are more inclined to go with the golfer named Mulligan versions. Maybe they believe that like most golf terms, it had to originate on the golf course. Personally, I’m sticking to the free booze angle. 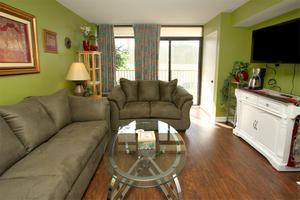