Myrtle Beach city owned Whispering Pines Golf course is considering a major change.  The plan of changing to a shorter “executive course” would cater to older golfers and those who don’t have time to play a round of golf so they can play more quickly.

The course first opened in 1962 and it is the only city-or government owned course among approximately 100 on the Grand Strand.

Assistant city manager Ron Andrews has worked with Whispering Pines general manager Alan Chasteen and course superintendent Bob Warner to create a rough draft of a new layout that would take at least 600 yards off the course’s current length of more than 6,700 yards.  Executive courses typically consist of par-3s and short to mid-length par-4s and have no par-5s.

Chasteen thinks that one of the reasons that golf isn’t growing is the length of time it takes to play.  This will, among other things produce faster rounds, become more lady and beginner  friendly.  This is in hopes of bringing more people into the game.

One of Chasteen’s hope is that the city will begin programs at the course that would work to interest in golf among children.  Golf would be made available to the children of the community, particularly in the afternoon when golf courses are typically empty.

Mayor John Rhodes said he thinks creating an executive course could be way to boost business at Whispering Pines.  He also warned that the idea is just a proposal and it will require a lot more consideration and deliberation.

More immediately, Rhodes said the city is considering renovating the driving range and installing lights on the practice facility to allow use well after dusk.  This could be accomplished as early as this spring.

The U.S. government gave the former Air Force Base course to the city when the base closed in 1993 and must approve any changes.  The course must be used for golf or other recreation.

I think that this would be great change that is badly needed in the Myrtle Beach area.  The fact that it will make it easier to bring in new golfers is a definite plus.  Junior golfers have always found it difficult to find a place to play and practice without being accompanied by an adult or being forced to ride in a golf cart.  The affordability for juniors and other beginners will bring in new players.

I applaud the city of Myrtle Beach for recognizing this opportunity and “thinking outside the box”. 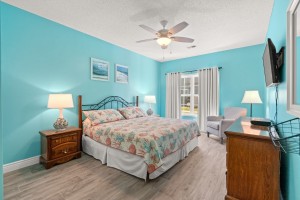