MAYBE THIS WILL HELP

Every golfer would like to have more distance but it is how a golf ball performs around the green that saves you the most strokes.  Golf Digest ran tests using both robot and player comments and here are the results.  All of these balls can be found at any of our wonderful golf retailers in the Myrtle Beach area.

This series continues to be unmatched in its variety and commitment to ball-fitting.  An intriguing upgrade this year: water-infused cores designed to produce less driver spin.

The line-as reliably excellent in evaluations as ever-features the Pro V1 (feels softer and flies lower on iron shots) and Pro V1X (flies higher with a steeper landing angle).

As in previous Taylormade balls, both of these use multiple mantle layers to enhance performance for specific clubs.  A softer urethane cover is the major update this year.

Both balls feature new spin-reducing core technology, but it’s the outside that’s special: A new cover coating is designed to penetrate grooves for more short-shot spin.

This three-piece, urethane-covered ball is made for swing speeds of 95 miles per hour or higher.  The company will donate $20 to charity for every dozen purchased at this price.

Each ball features six layers: a cover, four progressively denser mantles and a core.  The LC stands for lower compression.  The X is firmest to give faster swingers less driver spin.

Both feature Volvik’s first urethane cover.  The main difference between the two is the S4’s firmer compression.  They’re the company’s best-spinning balls on wedge shots.

Both the dual-core and polymer-blend cover are softer than last year, but the ball still maintains low spin off the driver.

Developed with input from average golfers, it has a soft core and polymer-blend cover.

The ball has been updated with a new dimple pattern that produces a shallower landing angle and more rollout on tee shots.

A special coating on the cover helps increase friction to give you more short-game spin than typical Surlyn-covered , two-piece balls.

The Surlyn cover on this three-piece ball is firmer than the 2012 version to provide more distance.

This three-piece ball’s urethane cover is designed to give you significantly more approach-shot spin than Surlyn-coverd balls.

It’s a two-piece ball designed to launch high, but it’s the urethane cover that adds tour-level spin on short shots.

Of the three e-series balls, this is the one that emphasizes distance first thanks to a firmer core.  It also should fly a little lower.

The e6 is a consistent favorite in evaluations.  It’s also the softest e6 ever made thanks to a lower compression and softer Surlyn cover.

It’s got the waffled , polymer resin core of the tour balls but in a formula emphasizing distance.  Also, the cover is made of low-spin Surlyn.

The waffled core functions like it does on the Red, but it features a lower compression.  The cover is a softer Surlyn too.

The company’s softest three-piece ball has a dimple pattern designed to maximize ball speed for swings slower than 90 miles per hour.

This ball’s dimple pattern is made for swings over 90 mph.  It’ also firmer than the X2 Hot, but softer than most tour balls.

Laugh at the name if you want, but the cast urethane cover enhances wedge spin, and the tungsten-infused core helps control driver spin.

It is hard to find these balls in most golf shops, but the cast urethane cover and inner mantle layer work together for short-shot spin.

This bargain favorite features a new, softer ionomer cover and a lower overall compression than its predecessor.

One of the least expensive three-piece balls available.  The core and cover are softer than previous models to help

It’ Callaway’s softest two-piece ball in history and as soft as any we’ve seen ( the company says the core compression measures out at zero).

The Duo is designed with a softer compression rating that’s softer than typical two-piece distance balls.  It also will launch high on full swing shots.

The two-piece design is still the Titleist standard for softness.  A new dimple pattern enhances surface coverage for a more consistent flight.

I hope this help when you are here in Myrtle Beach and playing some great golf courses.

HINT:  If you keep it in the fairway you won’t need as many balls !! 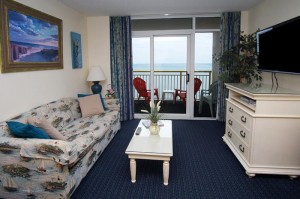