One of the guys that we booked a golf package for learned the golf ball lesson the last time he was here. He had a real awakening about the golf ball that he was using and realized that it was because he didn’t understand the basic principle of golf ball purchases. For a couple of years, he always bought the Titleist Pro V1 golf balls, but instead of paying the full price for perfect balls, he would by the practice/second golf balls because they were less money. He thought that because they were “almost as perfect” as the original, he would have great control and be a wise and affordable choice.

A playing partner of his always hit the ball about the same distance. When the buddy got a new driver, he consistently hit the ball 20-30 yards longer. One would assume it was the new driver, however after examining the golf ball after a hole, there was a large slice on the side. When he went for a new ball, the only ball that he had in the bag was what he thought was an inferior ball – a brand new “perfect” Bridgestone. He placed the ball on the tee, and wouldn’t you know it – it went almost the same distance as his playing partner.

As the round of golf at one of the Myrtle Beach golf courses continued he began to realize that the bargain balls that he was buying were cheap because they were imperfect and because of the imperfection, it was limiting how far he could hit the ball. Not only did this prove the need for a perfect golf ball, but also the need for picking the right ball for your game and the level of skill with the club that you have in your hand. He went on to think that low handicap golfers (serious amateurs and professionals) can really benefit from the high dollar balls on the market, which may sacrifice distance for more control and feel. Most mid handicap golfers would benefit from the qualities of a longer ball, but with added control for approach shots and wedges. And perhaps the cheaper balls for the beginners, so that they won’t go broke when they lose a higher number of balls.

Honestly, it really boils down to a matter of choice. Our suggestion is to grab few different types of balls, hit one of the Myrtle Beach golf courses and see how they shake out with your swing. Sometimes the most expensive isn’t necessarily the best for your game…… 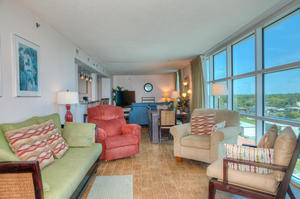