The “Seaside Golf Capital of the World”, Myrtle Beach, has played host to the largest Father/Son event in the world for the past 17 years.  This year due to popular demand the event will include Mothers and Daughters.  As always the emphasis will be placed on family bonds, memorable events, fun, competition, and of course great golf.

All participants will share the same schedule of events that include tournament registration, the Family Affair featuring Demo Alley and format for the first two rounds.  The awards ceremonies for the Father/Mother & Daughter tournaments will be held immediately following the second round and the award ceremony for the Father& Son will be held after the third round.

What a great event, not only promote the game of golf, but more importantly it gives families an opportunity to build memories that will last them forever.

For more information you can go online at www.FamilyGolfWeek.com 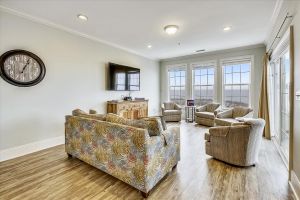