The Myrtle Beach Area Golf Course Owners Association Board of Directors has named Frank Coughlin the association’s Employee of the Year.

Barefoot Resort’s Dye Club was named the 2013 Course of the Year.

Coughlin and the Dye Club will advance to compete for South Carolina Golf Course Owners Association employee and course of the year honors.  Announcement of the winners is expected to be in early August, and the Dye Club has a chance to advance and compete for national and regional honors.

He has worked in the Myrtle Beach golf market since 2002, when he was named head pro at the Grande Dunes Resort Course.  He took over head pro duties at the new private Members Club at Grande Dunes in 2005, and has served as general manager for both clubs since February 2008.

Coughlin received the Carolinas PGA Section’s Bill Strausbaugh Award in 2008, recognizing his mentoring of assistant pros character and integrity, service to the section and involvement in community and charitable activities.

He is the president of the Grand Strand Golf Directors Association and has served on the board of the Carolinas Section of the PGA of America.

The Dye Club has been the host sit of the Hootie & the Blowfish Monday after the Masters Celebrity Pro-Am—the largest single –day charity golf tournament in South Carolina- for the past 11 years.

The Pete Dye design opened in 2000 and is regarded as one of the most challenging courses on the Grand Strand.

Criteria for the course of the year award include the quality of the course, facilities and staff, and contributions to the community and game of golf. 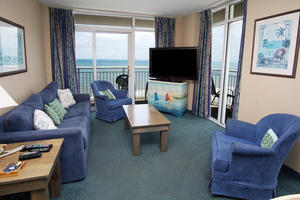