With Myrtle Beach having 100 plus golf courses, it is only natural for a huge number of golf professionals to come and go.  One fortunately came and stayed.  His name is Gene Weldon and he has been an icon in the golf business on the Grand Strand for over 40 years, and he exemplifies what being a PGA Professional represents.

Gene grew up in Hartsville, S.C. with a dream of one day becoming a coach and teacher.  He attended Erskine College in Due West, S.C. and then served his country in the United States Navy for four years with three of those being spent on aircraft carriers.  After his stint in the Navy he had a desire to complete his education and moved to Myrtle Beach to attend The University of South Carolina at Conway (now Coastal Carolina University).  But fate intervened and before Gene could return to his studies he took a job at Beachwood Golf Club in North Myrtle Beach and enrolled in the PGA Apprentice Program.  Gene worked at Beachwood serving as an assistant professional, and just like it was for all aspiring professionals in those days, he worked endless hours and performed many multiple tasks

Gene left Beachwood and went to work at the new Rees Jones designed Arcadian Shores Golf Club.  He continued his PGA Education program while serving as an assistant professional at Arcadian Shores for six to seven years.

Not long after serving at Skyway Gene became the first head professional at Gator Hole Golf Club and for twenty years graciously served the golfing community at this fine golf course.  As development in North Myrtle Beach exploded the owners of Gator Hole closed the golf course and it became the Gator Hole Shopping Center.

Following this Gene served as the membership director at the private Surf Golf and Beach Club.  This was followed with a position as Director of Golf at Sandpiper Bay Golf and Country Club in Sunset Beach, N.C.

For the past several years The Thistle Golf Club in Calabash, N.C. has had the privilege and good fortune of having Mr. Weldon serve as their Director of Golf.

Gene is happily married to his lovely wife Geri and they are blessed with three children Will, John and Hayes.

While Gene is involved in many things he lists some of his favorite pastimes as poker, golf, cheering on his beloved South Carolina Gamecocks and dining at Rossi’s Italian Restaurant in Myrtle Beach.  He also lists The Dunes Club and Arcadian Shores as two of his favorite courses at the beach.

Gene has a special relationship with two of The Golf Channel’s most popular personalities.  Kelly Tilghman grew up under Gene’s  tutelage at her family owned golf course, Gator Hole.  Charlie Rymer is from Fort Mill S.C. and Gene’s brother Eddie Weldon was his coach.  The former PGA Tour member became acquainted with Gene on his many trips to Myrtle Beach to practice.  They remain close friends today.

Not only has Gene served the golfing community on the Grand Strand, he also has served as the past President of the Grand Strand Golf Directors Assc., past President of the Horry County Heart Association, named the 2011 Volunteer of the Year for The First Tee of Brunswick County, served as the South Carolina State Golf Chairman and is involved in many other local and civic organizations.

Gene has so many stories to tell, but one that comes immediately to mind happened at Gator Hole.  The North Carolina Senior Women’s Tournament was being hosted by the club when someone came into the pro shop and reported that there was a delay on the course.  Gene hopped into a golf cart and headed out to research the problem and discovered on one hole that the ladies refused to tee off because there was a 10 foot alligator close to the tee box.  After trying to get the gator to move peacefully along with no results, Gene advised the ladies to tee off twenty yards behind their designated teeing area and upon reaching their tees shots , advance their ball an additional twenty yards.  Gene sat in a cart for the next several hours monitoring the unique situation.

One of Gene’s great passions today is his involvement with The First Tee.  It is truly one of golf’s greatest programs ever.  It was created in 1997 to give underprivileged children an access to golf.  It has evolved into a youth development program that teaches life skills as well as golf skills, stressing nine core values.  It has approximately 200 chapters throughout the U.S. and five additional countries.

The PGA of America’s Creed

Dedicated to the ideal that the name “Professional Golfer” shall be a synonym for honor, service and fair dealing; and that his personal integrity, fidelity to the game of golf and sense of responsibility to employers and employees, manufacturers and clients, and to his brother professionals, transcends thought of material gain.

Gene Weldon certainly is a great example of this creed and much more. 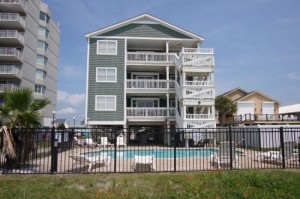