You might be wondering about this addition to the list if you know the history of the golf courses on the south end of Myrtle Beach. Founders Club at Pawleys Island in 1966 opened as Sea Full Golf Club - in 2008 it re-opened after being completely rebuilt with more sand than everyone could imagine and the front and back nines being flipped. Originally the course was flat, but thanks to moving over 250,000 cubic feet of dirt the course had elevation changes, along with mounding and sloping fairways. So, 10 years after the re-opening, this course celebrates being a championship course on the Grand Strand. Well done.

It may seem like True Blue Golf Club has been perfectly set along the south end of Myrtle Beach for years, but it’s actually only been 20 years. This year, this Myrtle Beach golf course will keep the same approach that they’ve had for the past two decades and they will be honoring the anniversary with roll-back pricing on certain days of the week for not only greens fees, but also for some items in the pro shop and even at the grill! Call them for more details. Congrats on two decades!

Wild Wing Golf Plantation actually celebrated their silver anniversary back in 2016, but the Avocet Course (the only full 18-hole track still at Wild Wing) opened in 1993, making 2018 this Myrtle Beach golf course’s 25-year anniversary. Word is that they are looking to do some of the same commemorative pieces that they did back in 2016, but nothing has been finalized yet. Check back for more information at the course, as back two years ago they quickly sold out.

Back 30 years ago in 1988, Jack Nicklaus had two of his layouts open here in Myrtle Beach. Both Pawleys Plantation and Long Bay opened the doors and gave the regular golfer the chance to play these wonderfully fair and tough Golden Bear designs. One located on the north side, and the other on the south end, Pawley’s Plantation has exceeded the expectations and both courses have done very well, given their locations out of the center of Myrtle Beach.

Known and loved on the north end, Beachwood Golf Club is celebrating their golden anniversary this year. Their motto is: Keep it simple and that’s exactly what they have done. The owners had a vision over 50 years ago to create a course that would be fun for golfers of all skill levels and especially the average player. You can go to this Myrtle Beach golf course, play a round and not break the bank or spend all day at the course.

One of the oldest courses along the Grand Strand, Dunes Golf and Beach Club has been welcoming golfers for 70 years this year. They will mark the occasion with a small party in the fall. The big party will be in 2023 (5 years) when they will really celebrate 75 years. What is really impressive about the Dunes Golf and Beach Club is the membership. Because of that, it has made the golf course stable and able to survive the fluctuations in the economy and golf industry over the 70 years. Awesome work Dunes Club! 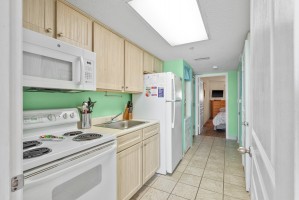