Golfsmith Xtreme launched its new North Myrtle Beach store with a Grand Opening this past weekend.  Even Tropical Storm Ana could not keep shoppers from flooding the store.

According to the company more than $50,000 worth of prizes were given away including free golf, sets of irons, clubs, drivers and gift cards.  Golfers also had an opportunity to win $25,000 with a hole-in-one on a golf simulator.

Golfsmith purchased the former Golf Dimensions store in April of 2014 and has remained open while renovations were being made in anticipation of hosting its Grand Opening.

Included in the remodeled building are five hitting bays, five custom fitting studios – one of which is in a Callaway fitting area – designated areas for Callaway, Titleist, Ping, Under Armor, women’s products and products, inclement weather apparel, golf apparel from many different suppliers, golf balls and just about anything golf.

One of the cool things about the new store is the ability to stand anywhere in the huge retail space and view the entire store.  This makes it very easy to spot your wife while she is shopping for clothes and you are checking out the latest golf technology.

North Myrtle Beach welcomes Golfsmith Xtreme and everyone should stop in and check it out. 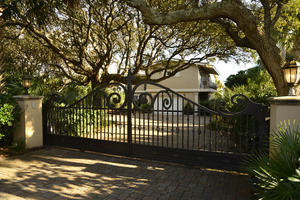