Fan favorite and two-time major winner John Daly is scheduled to be in Myrtle Beach for the Myrtle Beach World Amateur Handicap Championship.  Daly will appear at the World’s Largest 19th Hole cocktail dinner party and expo at the Myrtle Beach Convention Center on Wednesday and Thursday of tournament week.

The World Amateur Handicap Championship will be played Aug. 31 through Sept.4 on approximately 60 Grand Strand courses and will conclude with the championship round at the Barefoot Resort Dye Club.

The popularity of Daly will be a big boost for the tournament and he will also be promoting his relatively new alcoholic beverage.  The “John Daly” consists of sweet tea, lemonade and vodka.  The drink is a variation of the “Arnold Palmer” which is a mixture of sweet tea and lemonade.

The beverage is distilled in California and offers three alternatives with peach tea and raspberry tea, all which are mixed with a proprietary five-times-distilled premium vodka.

In 2010 Daly and some friends started the GIASI Beverage Company.  GIASI is an acronym for “Grip It and Sip It” which is derived from “Grip It and Rip It” that pertains to John Daly’s aggressive style of play.

Daly is expected to tend bar and serve his drink at a designated John Daly cocktail bar in the convention center.  He will also mingle with golfers on the floor be available for pictures and autographs and will also join a band onstage that he recruited to play the event. 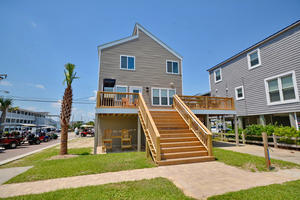