MBAGCOA EMPLOYEE OF THE YEAR

The Myrtle Beach Area Golf Course Owners Association annually awards the “Employee of the Year” to a golf course employee that has set themselves apart by simply being an outstanding employee. This year’s recipient is Bill Dewitt of Eagle Nest Golf Club in Little River. Fondly known as “Mr. Bill” to all that know him, he is the perfect choice for 2014. I had the pleasure of working with Mr. Bill for a few years and can personally say that not only is he an outstanding employee, but also a true gentleman.

Mr. Bill who is 83 years old oversees the greenhouse and nursery as well as cutting the golf course rough on a Jacobsen Turfcat mower. He has been a member of the golf course maintenance staff for over 30 years and still works 30 hours a week, from 6 a.m. to noon on weekdays.

Rick Elliott, whose family built and operates Eagle Nest says that he is a fixture of the golf course. “We’re a family based business and we are committed to our people, and he is part of the family. He’s got a job as long as he wants,” said Elliott. Elliott also says that “he is a man of faith, represents hard work, decency and loyalty. He’s a fine example of a great citizen and person.”

Mr. Bill shared a love of horticulture, gardening and plants with longtime state senator Dick Elliott, who built and operated Eagle Nest until his passing this past month at the age of 78. When the late senator was occasionally hospitalized for illness late in life, Mr. Bill was often the first to visit.

Dewiit grew up on a farm in the Wampee region off S.C. 90, between Conway and Longs and still resides there.

After working for the Wolverine Brass faucet maker for about a dozen years, Dewitt left and cut trees for a company that provided wood to paper mills in Georgetown via barges on the Intracoastal Waterway.

Mr. Bill was hired by then Eagle Nest superintendent Max Morgan in the early 80’s and he found a job that he enjoyed.

“I don’t like sitting around the house,” said Dewitt, who has outlasted several superintendents at Eagle Nest. “It’ll mess you up if you don’t get out of the house. I really enjoy it. Nobody bothers me. My boss isn’t on my back. Now if he was on my back riding me, I’d go home and stay. All of my bosses have been good to me.”

There are many different aspects in maintaining a golf course and Mr. Bill has done them all from mowing greens to bunker renovations, top-dressing and aerification, the list is endless. Eagle Nest also has an area known as the “Back 40”, where he and the senator would clear and mow and plant various weeds to feed the property’s deer, wild turkeys and other animals. “Bill did a lot to maintain that property and still does,” said Rick Elliott.

Mr. Bill is very active in the Chesterfield Missionary Baptist Church. He attends two services on Sundays because he is an usher, sings in the choir and is also a church trustee.

On many Saturdays you might find him fishing in the Waccamaw River, primarily for brim and catfish “or anything that will hit that hook,” and he will eat it if it is the size of his hand or larger.

Mr. Bill is a widower after being married for 54 years and he has four sons, several grandchildren, 20-plus great grandchildren and three great-great grand children.

Dewitt has no plans to retire. He’ll work “as long as the good Lord gives me strength to get out of bed in the morning and come out here,” he said, “I love to get up and have somewhere to go where you can laugh and talk. I enjoy that. My doctor told me to keep on doing what I’m doing. He said I’m doing good.”

I personally am so happy that the MBAGCOA has honored this outstanding man as “Employee of the Year”. They could not have found a more deserving person. 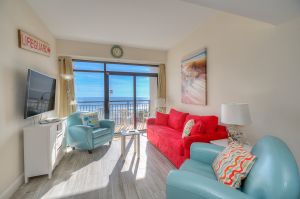