Jamie Roderick is the General Manager of Thistle Golf Club.  Originally from Bristol, RI, Jamie moved to MB in 2001, where his younger brother Jeremy was attending school,  to pursue a career in golf, a sport he rarely played as a kid.  Jamie graduated from Northeastern University, in Boston MA,  with a Bachelor’s Degree in Criminal Justice.  After graduating, Jamie worked as a private investigator for a Criminal Defense Attorney in Boston for 5 years.  Upon arriving in Myrtle Beach, Jamie was hired as the Assistant Professional at Wicked Stick Golf Links.  It was here that Jamie met his wife Kristy.  He currently lives in Murrells Inlet with his wife and daughters, Marissa (14) and Londyn (4).

When asked about working for the company, here is what he said.  “I couldn’t have asked for a better company to work for, then the Davis family”.  “They have always treated me and my family fair, that’s all I can ask for”.  Jamie also mentioned that they are constantly trying to improve the facility.  “They address issues when they happen, they don’t put them on the backburner”.  This year, Thistle will be finishing the green renovation project.  They will be transitioning the greens from Bentgrass to TifEagle Bermuda during the months of May-September, and will have nine holes closed.  Don’t worry though, Thistle won’t miss a beat, this 27 hole facility will still be operating as normal.

When he is not working, Jamie enjoys time at home with the family.  “Having a 14 and 4 year old, we are always on the go”.  When he does get free time, he enjoys CrossFit, golf, basketball, and watching his favorite sports team, the Seattle Seahawks. 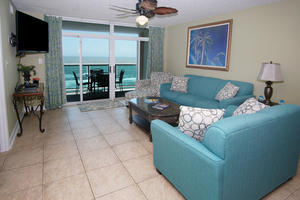