This year the PGA of America is celebrating its 100 year anniversary and I think it is important to know how this fantastic organization began.

On Jan. 17, 1916 a luncheon was held in New York that eventually evolved into the PGA of America. Wanamaker’s department store heir, Rodman Wanamaker was an avid golfer and saw the potential for the game. He hosted the luncheon at ninth-floor Wanamaker’s restaurant and invited several leading professionals and amateurs alike to attend. The first step taken was to outline goals and to organize. Upon conclusion of the historic luncheon James Hepburn, a former British PGA secretary was named to head a seven man organizing committee that included John (Jack) Hobens, Jack Mackey, James Maiden, Gilbert Nichols, Herbert Strong and Robert White. These men laid the foundation for what would become the PGA of America.

On April 10, 2016 there were 35 charter members that included Walter Hagen that met to officially apply for membership into the PGA of America. Wanamaker donated $2500.00 and a trophy for the first PGA Championship that was held later in the year at Siwanoy Country Club in Bronxville, N.Y.

100 years later there are 28,000 PGA members that are dedicated to the same goals as were set down by these original founders:

The PGA of America’s continues forward with the goal of “Growing the Game” as well as teaching and playing the game to elevate the enjoyment of golf.

The PGA of America has launched, #ThxPGAPro , a program that is designed to highlight the impact made by PGA professionals. The campaign is designed for participants to share first- hand the how a PGA professional helped them to fall in love with the game. www.ThxPGAPro.com

Help us to thank the PGA of America and its members, both past and present, for their dedication to growing this great game.

The next time you are visiting Myrtle Beach on a Myrtle Beach golf package take the time to introduce yourself to your host PGA professional and thank him or her for their dedication. 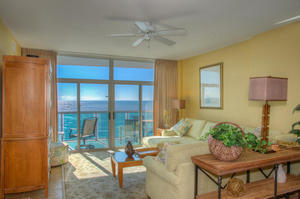