Today marks the start of the Wells Fargo Championship on the PGA Tour just up the road an hour from Myrtle Beach in Wilmington. This isn’t the first time that the PGA Tour has had an event in Wilmington, NC. For 23 consecutive years from 1949 to 1971 the Azalea Open was played on the Donald Ross-designed Cape Fear Country Club. The tournament garnered the name as it was a central part of the annual Azalea Festival, held during the same time. Without a sponsor, the elite pros still showed for the tournament despite the low purse amount.

Later in the tournaments existence, a sponsorship program was created and believe it or not, over 200 people all chipped in $100 each to create the purse and garner their name in the program. The tournament used to be held the week before the Masters, which made it the perfect warm up for those players needing good competition going in to the first major of the year.

In the final year of the tournament, 1971, under 200,000 people attended the tournament. Even today, the area is still a small city to host a PGA tour event, with only around 440,000 people in the three surrounding counties. Previous winners of the Azalea Open in Wilmington were: Arnold Palmer, Bob Toski and Lloyd Mangrum. Palmer won all of $1,700 back in 1957 when he was crowned champion.

It took 46 years, but the PGA Tour has returned in 2017 for a one-year cameo appearance. Let’s hope it doesn’t take almost 50 years for the tour to return to our area again.

This week will be a little unusual for the PGA Players, especially James Hahn, who has the unusual task of defending his championship on a golf course that he has never played before. The 2016 Wells Fargo champion won the title at Quail Hollow Club, which is hosting the PGA Championship in August, therefore creating the one-time move to Eagle Point Golf Club this year. Hahn won last year after eight previous missed cuts, and having thoughts about a career change.

Check out The Wells Fargo Championship on TV from 2-6 p.m. on Thursday and Friday on The Golf Channel, and from 3-6 p.m. both Saturday and Sunday on CBS. 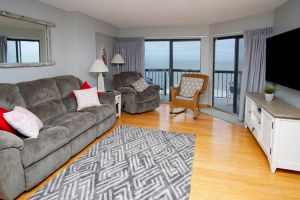