The induction of Karen Ferree will give the Hall its first husband and wife couple.  She will join her husband Jim, who was inducted in 2008.  Her nomination was based on her winning record, contributions to women’s golf as an amateur and Class A professional and dedication to junior golfers.

Ferree is one of the first female club professionals in South Carolina and was the head pro at Long Cove Club in Hilton Head.

She now works with the WSCGA’s Junior Golf Foundation in charitable efforts with husband Jim to generate revenue for youth scholarships, and volunteers with the local LPGA Girls Golf program.

George Cobb designed the Surf Golf and Beach Club in North Myrtle Beach, which opened in 1960 and is the third-oldest 18-hole course on the Grand Strand.  It is one of Cobb’s more than 200 designs or redesigns of courses across the country.  He also designed Oak Island Golf Club and Bald Head Island Golf Club just across the border in North Carolina.

Cobb moved his family to Greenville in 1957 when he was asked to design and build Green Valley Country Club.  He is also known for his design of the par-three course at Augusta National Golf Club, and he also served as a design consultant at Augusta National for 25 years as the club strived to make improvements for The Masters.

With the addition of Ferree and Cobb, the South Carolina Golf Hall of Fame will have 63 members. 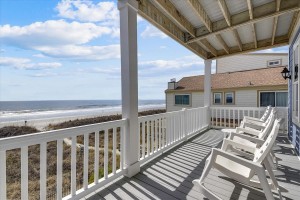