North Myrtle Beach has many great events throughout the year and none are more looked forward to more than the Hootie & the Blowfish Monday after the Masters Celebrity Pro-Am.

Barefoot Resort’s Dye Club again hosted this year’s event which was rain shortened but enjoyed by all.  This year’s winning team was led by PGA Tour star Harris English and musician Javier Colon.

For the 10th consecutive year the Dye Course was packed with a sellout crowd of 6000 plus fans who followed their favorite athletes, celebrities and musicians.  Even though rain shortened, the 21st annual Monday After the master was resounding success.

For the fifth straight year the tournament was started by ESPN’s Mike and Mike Show broadcast live from the first tee.  The Dye Course has hosted the event for 13 consecutive years.  Monday after the Masters is the largest single-day fundraiser in South Carolina and one of golf’s premier charity events.  All proceeds from the event benefit the Hootie & the Blowfish Foundation, which supports the educational needs of children in South Carolina and the South Carolina Junior Golf Foundation through a fully funded endowment.

I would like to thank Hootie & the Blowfish, all of the participants, Barefoot Resort and the Dye Course, and all of the many volunteers who make this worthwhile tournament something to look forward to each year. 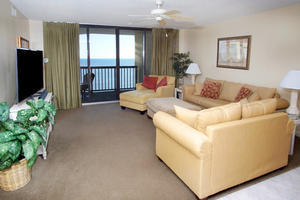