The Thistle Golf Club in Sunset Beach, N.C. has new owners, new management and plans for some big changes for the course.

Many are improvements, and the most significant change is the elimination of all memberships on Jan.1, 2014.

The course has operated as a semi-private club that had visions of one day becoming a completely private club as the housing development built out.  The course will now be entirely open to the public.

“It’s been a semi-private feel for so long, we feel it’s time for a change and to try something new, so we’re going to go strictly public,” said new general manager Jamie Roderick.  “The [area] community didn’t have that welcomed feeling in the past and now we want them to.  Our policy is everybody gets through the gate.  Give them a smile and welcome them to the Thistle.”

The Thistle is a 27-hole design by Tim Cates and it opened in 1999.  The club was purchased from TD Bank- which had foreclosed on it late last year-primarily by Jack and Debbie Davis of Windermere, Florida, whose children are also involved in the ownership.  The sale of the course and the surrounding real estate closed on Sept. 19.

The International Club of Myrtle Beach in Murrells Inlet was purchased by the Davis family in 2006 from some of Classic Golf Group’s owners.  Roderick was the general manager at the International Club, and has been replaced by Doug Donner, who was promoted from his position as first assistant professional.

The new owners of the Thistle, wishing for a fresh start, have basically cleaned house.  Six-year general manager Geoff Collins and eight-year director of golf Gene Weldon were among four salaried employees let go, and Dustin Powers was promoted from first assistant to head pro.  All of the part time staff was retained, stated Roderick.

“They’re basically starting over,” Roderick said.  “They did the same thing at the International Club.  They changed management and hired from within.”

The Thistle is an upscale gated community and the course has approximately 80 members.  Memberships will be honored through Dec. 31.  There are only about a dozen homes built in the development, so most of the members are non-residents and many are from outside the area.

The members were sent an e-mail announcing the end of memberships.  While some backlash from the members is expected, some feel that it can be a positive thing and at this point nothing but improvement.

Affiniti Golf Partners of Alpharetta, Ga. was hired By TD Bank last December to operate the course.  Affiniti operates more than 20 other golf course properties in five states and the Bahamas.

The Davis family owns Celebration Golf Management, which operates more than a dozen courses, primarily in Florida, including three that were purchased in the past month.  Roderick said Thistle and International Club are independently managed.  Jack Davis owned coal mines before he got into the golf business with the purchase of Crockett Ridge Golf Club in Tennessee and moved from Virginia to Florida.  International Club was his second course, said Roderick.

The Davises have lowered green fees and are making significant improvements to the Thistle.

“Basically the plan moving forward is having an aggressive rate,” Roderick said.  “When we got in here we thought the rate structure was a little too high for this economy and our competition up and down [N.C.] 179 here.

“The rate isn’t so much what Davis worries about, it’s bodies.  He just wants people at the facility and he knows they will spend money when they are here.”

The club has changed from 12-minute to 9-minute tee times, though Roderick said pace of play has been 4 ½ hours or less and rangers are on all three nines.  He said play has increased over the past 20 days from an average of 60 rounds to 220 rounds per day.

Superintendent John Pridgen was retained and he has added three members to his staff, allowing it to pay more attention to detail.

The fairways and tees have been overseeded for winter.  The course has bent grass greens that do not require overseeding.  The bunkers on the course are all being redone with drainage improvements and new sand, and a concrete company has repaired cart paths and on-course restroom entrances.

The course has a new fleet of golf carts and some new maintenance equipment, the clubhouse has new computer and phone systems, and the woodwork on the outside of the clubhouse will soon be re-stained.

They are considering changing the greens from the high maintenance bent grass to TifEagle Bermuda grass as soon as next summer.

The large clubhouse that always had separate areas for members and guests will now be completely open to the public.  It includes locker rooms, showers, a board room and Wi-Fi.  “This place has everything you can offer,” said Roderick. 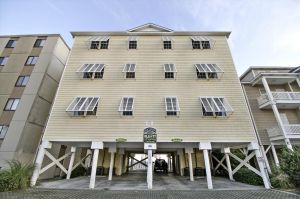