Tidewater Golf Club and Plantation recently reopened after completing many restorations and improvements to the course.  Tidewater closed its course on June 8 to begin these changes.

One of the main reasons for the closing was the condition of the greens.  After coming out of a rough winter the greens were in bad condition and course operators decided to give partial rebates and gift certificates to golfers that had pre-booked rounds throughout the spring.

The Tidewater management investigated what was causing the problems with greens and discovered the problems.  There hopes are that the new greens will elevate it back to the levels of acclaim it received after being named the best new public golf course in the U.S. by Golf Digest in 1990.

The four month renovation included changing the greens from TifEagle Bermudagrass to Mini Verde Bermuda as well as nearly 1,400 tons of new sand was added to the bunkers and some existing sand was removed.  Other improvements include almost 400 trees were removed and hundreds more trimmed after two processes were used to identify what areas of the course needed more sunlight and four acres of new sod replaced expanding pine straw beds beneath canopies, and 6,000 bales of new pine straw were used to beautify the beds.  More landscaping is planned with the addition of azaleas, crepe myrtle, dogwoods and other vegetation.

Golf course architect and builder Kris Spence of Greensboro, N.C. rebuilt green collars to assist with drainage.  He also reduced some excessive grades in greens and expanded them back to their original size.

Randy Allen of Modern Turf oversaw the installation and grow-in of the new MiniVerde surfaces with the help of Tidewater superintendent Shaun Donahue.

Tidewater general Manager Archie Lemon noted that the difficulty of the course was softened a bit by the expansion and the widening of some fairways by up to 20 yards, including the one on the difficu;y par-4 18th hole by 10 yards.  Lemon said “It’s one of the most challenging courses on the Grand Strand.”  He also vowed to keep the rough shorter for the time being.  “It’s still all the golf course you want but we made it a little more player-friendly.”

Good luck to Tidewater and its staff.  I am sure that the improvements they have made will result in very favorable reviews. 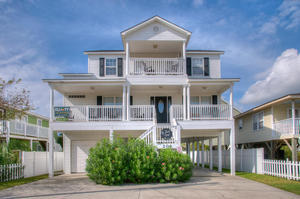