Most people are more familiar with sports figures that they watched for years than they are with people that they have actually met. Think about this: you watch these figures on your television and you see them more often that you do your cousins, and other members of your family. Seeing these sports figures this much often leads to a sense of actually knowing these people.

I must say that this is something that most of us have done with Tiger Woods. We’ve seen him on our television set since the age of 2 and appearing on “The Mike Douglas Show”. We’ve watched his amateur career, him turn pro and all the weeks of professional golf since. He became one of the most recognizable sports figures around the globe and the top name in golf.

But this has told us nothing personally about Tiger Woods, only the golfer and that which he allowed everyone to see. This is why we continually are surprised by the revelations that occur in his personal life that began to cascade after his infamous car accident on Thanksgiving weekend in 2009. We keep pretending to know the man. When the recent incident broke on the news that he had been arrested for Driving Under the Influence, the questions began: What has happened to Tiger? Have we ever seen such a downfall in American sports? To contrast the bright, upbeat, indestructible Tiger we knew throughout past 15-20 years with the puffy, beat down, groggy gentlemen we saw in that mug shot was inevitable. What has happened to our Tiger?

Because we feel like we’ve known Tiger for so long, we immediately ascribe a tragic narrative to him, whether it’s real or not. He was Tiger Woods, one of the greatest golfers of our time. But for 6 or 7 years now, we’ve realized there was a real, live person behind the Nike swoosh, a person that hasn’t won a major since the 2009 incident, and now there’s this and Tiger’s life is out of control. We’ve turned him into a person with incredible talent that is beat down by personal demons.

Perhaps that is the case, but then again, maybe it isn’t. Since the 2009 Thanksgiving issue he continued to play professional golf and remained the world #1 for many years. Eventually, his back problems continued and have sidelined his career. This is a familiar career path for many athletes. Awesome talent bursts onto the scene, dominates the game during his prime, attains a level of fame and wealth that eventually causes some personal relationships — including a marriage — to unravel and end, suffers from sport-related injuries as he ages, and eventually both injuries and age take a toll on the superstar. Unfortunately, age waits for no one, even Tiger.

We all want to find a reason why this has happened to Tiger. But that’s trying to convince ourselves that we know Tiger Woods. The truth is we only know what we are allowed to see, and that’s OK. Everyone gets old, and everyone makes mistakes. We just see his, because he’s in the public eye. If Tiger has a problem, we hope he gets help for it. We’d like to see him get back out on the golf course, but know that might not happen. Right now, let’s just hope for the best for him and leave it at that. 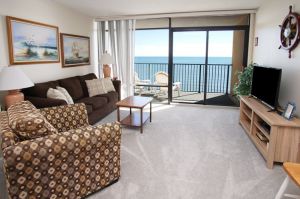