When it comes to college golf, the Grand Strand is the place to be in 2019. On Tuesday (4/18/17), the NCAA announced over 600 host sites for their championships through 2022. TPC of Murrells Inlet was awarded the Division I men’s golf regional on May 12-15, 2019. Coastal Carolina and the Myrtle Beach Regional Sports Alliance are serving as the hosts for the competition.

This isn’t the first time that the Grand Strand will host a NCAA/ACC championship. This year the ACC Championship came to the Grand Strand after being moved from North Carolina due to the controversial House Bill 2, which received criticism from the LGBTQ community.

The 2017 Women’s ACC Basketball Tournament was hosted by Coastal Carolina at the HTC Center the beginning of March, and just last week the ACC Women’s Golf Championship was held in Pawley’s Island at The Reserve Club.

This latest string of tournaments and announcements come just a few years after being banned from hosting any NCAA events due to the Confederate Flag being flown at the capital. The flag was removed in 2015, thus lifting the ban from the NCAA.

The Grand Strand wasn’t the only South Carolina city to be named as a future tournament site:

▪ Greenville will be the site for Division I NCAA Men’s Basketball Tournament first & second round games, that will be hosted by Furman and the Southern Conference and take place on March 18 and 20 in the year 2022. Greenville will also be the site for a Division I women’s basketball regional hosted by the Southern Conference in 2020, happening March 27-30.

▪ Columbia will be the site for Division I NCAA Men’s Basketball Tournament first & second round games hosted by the University of South Carolina on March 22 – 24, 2019.

▪ Rock Hill will be the site for a Division I men’s and women’s cross country regional hosted by Winthrop University and the Rock Hill/York County CVB on Nov. 9 in 2018.

▪ The Cliffs at Keowee Falls in Salem will be the site for a Division I men’s golf regional hosted by Clemson University from May 17-20, 2020. 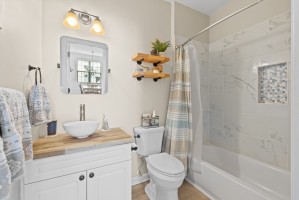