Todd Welden, the only head golf professional at Caledonia Golf & Fish Club since its opening in 1994, passed away recently at the age of 50 after a battle with cancer.Welden learned late this summer that some health problems he was experiencing were the result of Stage IV non-small cell lung cancer that had spread into other parts of his body. He continued to put in hours at Caledonia in recent weeks when he wasn’t in Charleston for treatments.Golfers will remember Welden for the seemingly permanent smile and uplifting disposition that always greeted them. “He never lost his sense of humor.  He always tried to bring out the best side and nice side in everybody,” said Welden’s brother and former Grand Strand golf pro Wayne Welden.  “He was a tough guy; a very spiritual guy and he knew when it was time, I guess.  He was done fighting it.”

Originally from Iowa, Welden first got into the golf business as a pro at Pawleys Plantation from 1989-93 and was hired at Caledonia in August 1993, five months before the Pawleys Island course opened. “We’re going to miss his personality, but he left a good legacy in that he had a knack for hiring good people, and those people are going to carry on his legacy,” said Caledonia general manager John Springs.  “All his staff loved him.  They know how he ran the place and I trust them to continue what Mr. Welden has started.”The Mike Strantz design is one of the jewels of the Grand Strand golf market and has been one of the most popular and requested courses in the area over the past two decades. “He was instrumental in really helping me guide the entire marketing plan to position Caledonia as one of the premier courses,” Springs said.  “He helped guide us.  It was him who really pointed us in the direction to where we are now.”

Welden, an ardent New Orleans Saints and Iowa Hawkeyes fan would take his motorcycle to New Orleans to attend Saints games. He died with one kidney, but it wasn’t because cancer had taken his other one.He decided to donate a kidney a few years ago after seeing a billboard encouraging people to donate organs.  Though Welden didn’t know the recipient before the donation, they became friends following the recipient’s transplant. “That really tells you who he was,” Springs said.  “That’s one of the most noble things I’ve heard of anyone doing.”

Welden created a tournament in the late 1990s at Caledonia that has become known as the Lowcountry Open.  The two-person team event started as a small affair involving Welden’s friends and has grown into an invitational that fills the course and one year attracted now PGA Tour star Dustin Johnson and his father, Scott.  Springs  refers  to the event as “Todd’s Tournament,” and there is already talk of renaming the event in his memory. Welden is survived by his wife, Cam and seven siblings. 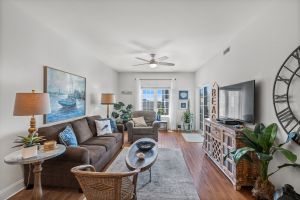