What recreation golfers think makes them happy during a round and what in fact they get satisfaction from aren’t necessarily the same.  So say the results of a recent Golf Digest study that attempted to better understand the influences on golfers and how course might better cater to customers.

More than 2,400 golfers ( median profile: 58-year-old male who plays seven rounds a month and pays $62 per round) were asked to respond to their last round played away from their home course.  They first rated their overall satisfaction with the day and 13 factors that might have influenced it (weather, pace of play, practice facility, their score, etc.).  They then were questioned about how important each of the same factors were in general.

Among the areas where there’s a split between theory and reality was pace of play.  Those surveyed claimed it was their most important influence regarding satisfaction, but speaking to the specific round they played it wound up being their last.

“Far and away,” said Dr. Dan Sachau, a psychology professor at Minnesota State University at Mankato who designed the survey along with Dr. Luke Simmering, a consultant within the global organizational effectiveness department for Walmart, “course conditions proved the most important driver of satisfaction when golfers travel, much more so than pace of the round or cost of the green or guest fee, both of which golfers stated as more important.”

Indeed, the three biggest factors that actually make golfers happy were course conditions, design and score.  However, golfers ranked them third, fifth and eighth when talking in general how these factors influenced them.  Conversely, cost of green fees ranked second in general terms but when asked about their last round played, it ranked fourth. 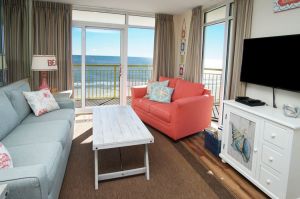