Renowned teacher Jim McLean recently had an article in Golf Digest that listed several of his views about some of the things that have gone wrong with our wonderful game and some ideas on how to fix them.  The culture has changed and will continue to do so.  Golf is taught, played and communicated differently.  The equipment has evolved more dramatically than any other sport.  We must adapt.

SLOW PLAY— There are layers of things that add up to golf taking longer.  It takes longer to check in, pay and warm up.  It takes longer to hit each shot, due to longer pre-shot routines, golfers painting alignment stripes on their balls and the natural tendency to copy tour pros.  Playing 18 holes is basically a day long commitment.  It is hopeful that the campaign to squeeze in nine holes works, because you can’t shorten rounds much further from there.

COST— Another shift is toward wealth.  Twenty years ago there was an imagined utopia in which the game would be affordable to pretty much everyone.  But the opposite has happened.  Golf has always been a game that favors moneyed people, but that aspect has gone into overdrive.  Let’s take the low end of the spectrum: a $30 green fee, which is available in one or two places in most cities.  How does a postal worker with a wife and two kids fit in eight rounds a month even at that rate?  A decent set of used clubs will run him a thousand bucks.  Add in the balls, gloves, umbrella, rainsuit, shirts, bag, shoes and a sandwich at the turn, and you have costs that a middle-class person finds increasingly hard to justify, both to a spouse and his mortgage company.

It wasn’t long ago that golf was viewed as recession-proof.  The thinking was that golfers are so passionate and dedicated that the game is the last thing they’ll give up when they tighten their belts.  When the 2008 recession hit, the myth of invincibility was exploded.  It is disconcerting , but could healthy.  It will force courses to be leaner, meaner and cheaper.  Less water,  Taller mowing heights and shorter courses,  slower greens and  faster players.  Ultimately it will be a good thing.

THE TIGHT LIE—Fairways are cut super short, on ground that is firm but moist.  There is no cushion under the ball.  The surfaces look great, but the average player has a terrible time getting the ball into the air with fairway metals and middle irons; they settle for low bullets that don’t hold greens.  Pitching and chipping from tight lies has become a nightmare, even for low-handicappers, because there is almost no margin for error.  Jim McLean calls the 20-to-60 yard zone Chunk City.  The frustration and embarrassment are enormous and are beginning to mount.  If fairways aren’t cut longer, players will start looking for an easier pastime.

BRING KIDS TO THE GAME—In short kids simply don’t have that much access to the game.  Country clubs that won’t allow juniors to play is just one.  Child prodigies certainly have the ability to play more than others.  There are certainly good programs such as The First Tee and local junior programs, but their access to playing on real golf courses is limited.

The number of 13-year-old caddies spending their summers looping for grown-ups has dwindled.  It’s understandable.  Club need cart revenues.  There are child labor laws, minimum wage laws and liability issues to contend with.  At most clubs that still offer caddie programs, the kids have given way to professional adult caddies who charge $100 a bag and carry double.  Unlike the teenagers, saving up for their first car, these fellows are paying the electric bill.  Many of the adult caddies are former PGA Class A professionals.

BEAT EVERY MEMBER—That was the creed when Jim McLean and myself joined the PGA in the mid-70’s.  There was a very strong, healthy emphasis on the club pro being an excellent player.  It heightened his credibility as a teacher, gave the members someone to look up to and brag about, and certainly forced the pro to increase his knowledge.  In golf circles, club pros were looked up to almost the way doctors and teachers were.  The shift today is toward being somewhat socialistic, to relax that standard.  Today the aspiring club pro must pass the PAT-the Playing Ability Test- to attain Class A status.  The candidate must shoot roughly 78, twice, from the white tees, to pins set in the middle of the greens to pass that part of the test.  A 10-handicapper on a good streak of playing can do it.  Why the low standard?  In Australia, PGA trainees must play 60 rounds in competitive events and shoot lower than average scores than their American counterparts.  It’s tougher in New Zealand, too.  It is believed that the bar was lowered here to make the Class a card more attainable.  Did it help?  Ultimately, no.  Lowering that standard diminished the pro’s ability, prestige and knowledge.  It’s one reason many pros have been forced out by owners looking to consolidate positions and save on costs, or have left the profession to find something else to do—like caddyieing. 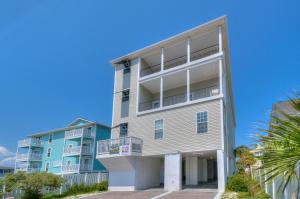