Typically, the temperatures and precipitation are broken down by the month to help you know what to expect in a forecast for Myrtle Beach golf.

July and August are the wettest months for Myrtle Beach golf. July brings the heat – with the hottest temperatures on average for the year. 91-72, but the occasional triple digits are not out of the question. Water temps are in the 80s, and the chance of an afternoon shower is high. August brings the same heat as July and the precipitation and warm water temps. Your best bet for July and August would be to play your rounds of golf in the mornings – both for the heat and thunderstorms.

The last month of the year, December still has mild temps ranging from 60-38, and rainfall totals around 3.5”. The water is a chilly 55 degrees, so a dip in the ocean will be pretty cold! 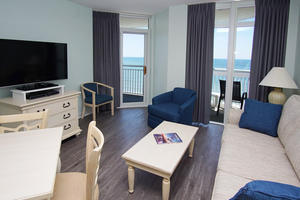