In addition to local tournaments, many Myrtle Beach golf outings are charity fundraising events that will consist of a round of golf – complete with a tournament and prizes but usually some breakfast, lunch, or dinner and perhaps a pairings party or a social awards banquet after their round. Mcleod Healthcare used to have a charity ball in the fall to raise money for the local hospital, but last year they changed to a Myrtle Beach golf outing instead. While the entry fee was quite steep (remember this is for charity, folks!), everybody involved loved the outing. Almost all vowed to play in it the following year. They held their Myrtle Beach golf outing at Grande Dunes (resort and members course). They provided fabulous “goodie bags” to each golfer – consisting of apparel and choices of a pair of shoes or sunglasses, and many other items. They followed the first round with a cocktail party for all participants and their guests; that was the talk of the town. If you are looking for a great Myrtle Beach golf outing that benefits a great charity, we recommend you check out the McLeod Healthcare golf tournament – for a great cause and some grand rounds of golf. 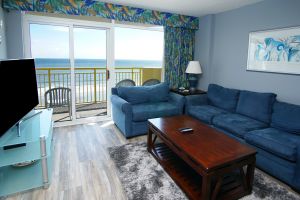